We are delighted to announce that Rachael Clarke has joined the Loop Talent roster. Rachael is an established Costume Designer working in Film, TV and Music Promos.

Rachael Clarke began her career working as a design assistant on Commercials for big brands including Barclays and Lucozade. Following the success of her commercial portfolio, Rachael went on to work in the costume department for TV series including  ‘Topboy’ for Netflix and the BBC’s ‘Famalam’.

Building on her experience, Rachael went on to design several short films, including Hector Dockrill’s Goldfish, which was nominated for a BAFTA in 2020. Most recently Rachael has designed comedy sitcoms ‘Please Help’ and ‘Pandemonium’ for the BBC.

Check out her portfolio here. 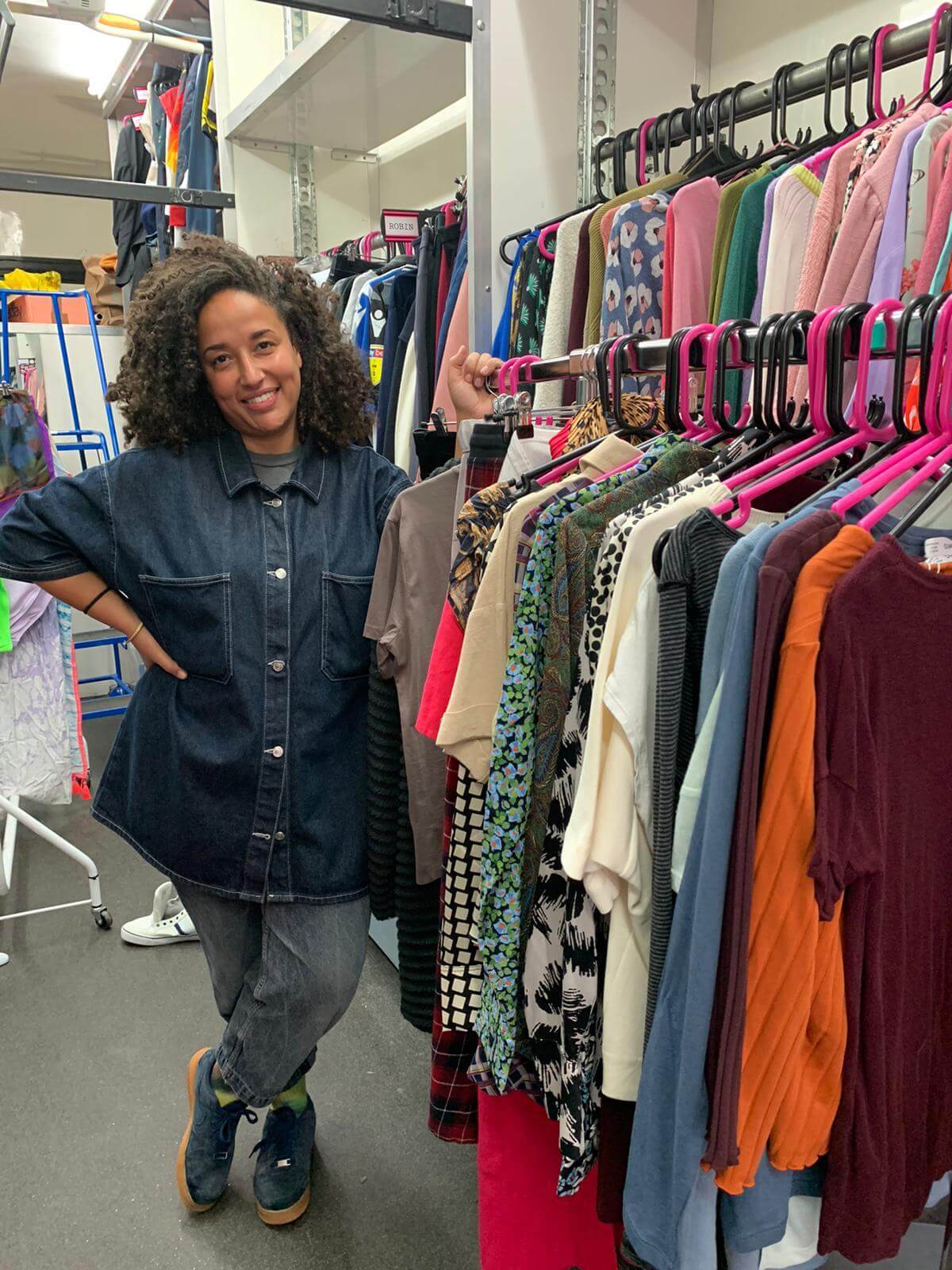 Sam Roffey  is now a member of the ADG as a 1st AD for Film & Drama. Huge congratulations!

Our Arts emergency trainees have been busy out on set.  Jamie Beckford (pictured below) has been learning the ropes from his mentor Jon Muschamp.

Hair and Makeup Designer Claire Anne Williams has been selected as one of Screen Daily’s Stars of Tomorrow 2021. Following her childhood dream of becoming a hair and makeup artist, Claire undertook a traineeship offered by ScreenSkills and three weeks later found herself on the set of fantasy adventure feature Of Gods And Warriors (aka Viking Destiny). Further training came on big-budget productions for Disney including Solo: A Star Wars Story and Maleficent: Mistress Of Evil.  These experiences sparked Claire’s interest in SFX make-up and gave her the fundamental training in skills she now uses as a Designer.

Since joining Loop Talent as one of our first HODS, Claire has gone on to build up an impressive portfolio of work including Neil Maskell’s Klokkenluider executive produced by Ben Wheatley & starring Jenna Coleman and Tom Burke.  Clare has also worked on a range of high-end commercials for top brands including Pandora and Nike.

We are delighted to announce that several music videos from the Loop Talent roster have shortlisted at the UK MVAs. Regina Meessen has been nominated for ‘Best Hair’ for her work on Anaiis ft. Topaz Jones- Chuu.  Two music promos shot by DOP Rik Burnell have been nominated in the ‘Best Rock Newcomer’ category: TV Priest- Press Gang and Dry Cleaning -Scratchcard Lanyard. 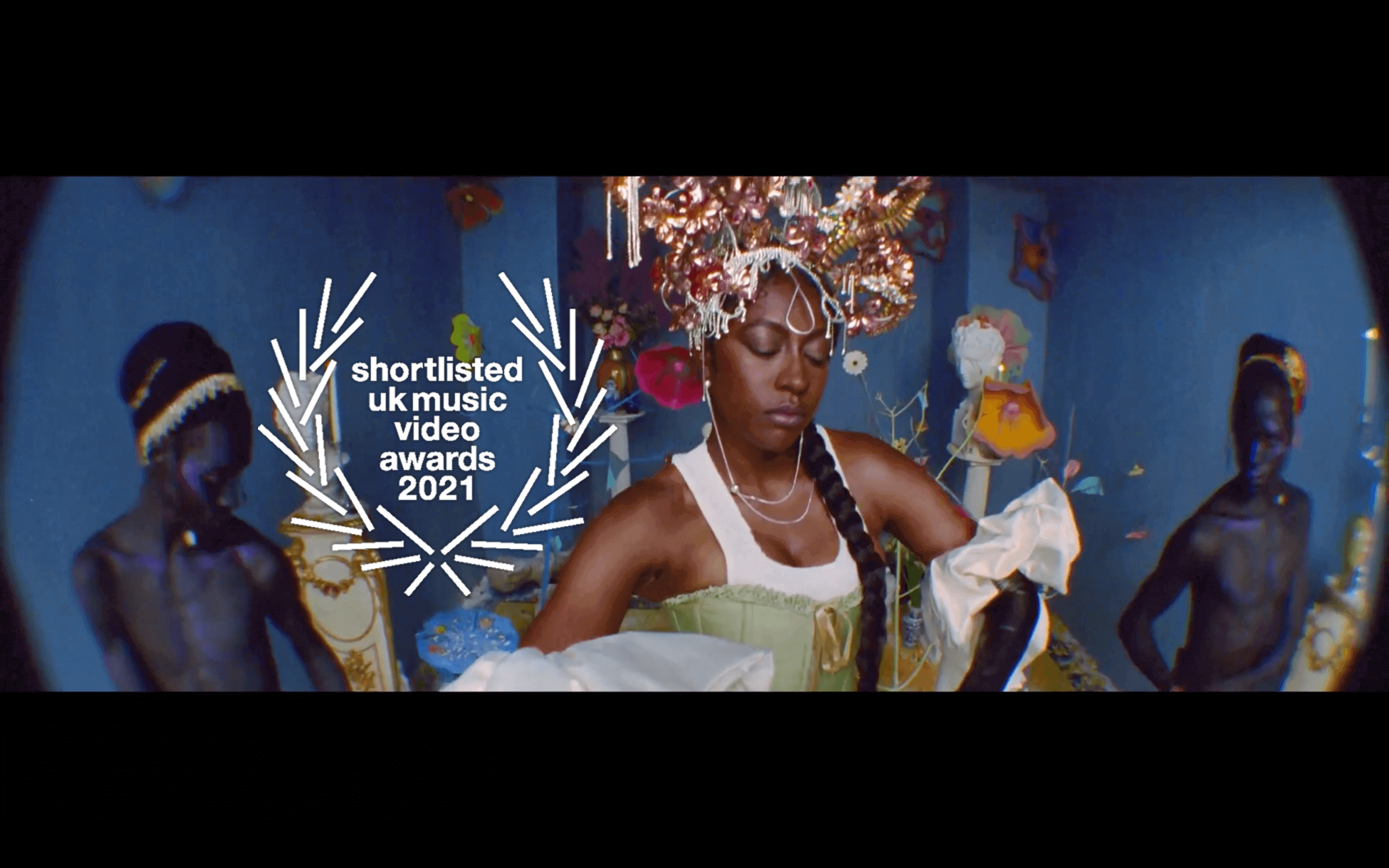 Our Director of Photography Rik Burnell appears on Episode 2 of the Promo News Podcast. Rik discusses his work on promos for Willie J Healey, Dry Cleaning and Samm Henshaw.

You can listen here. 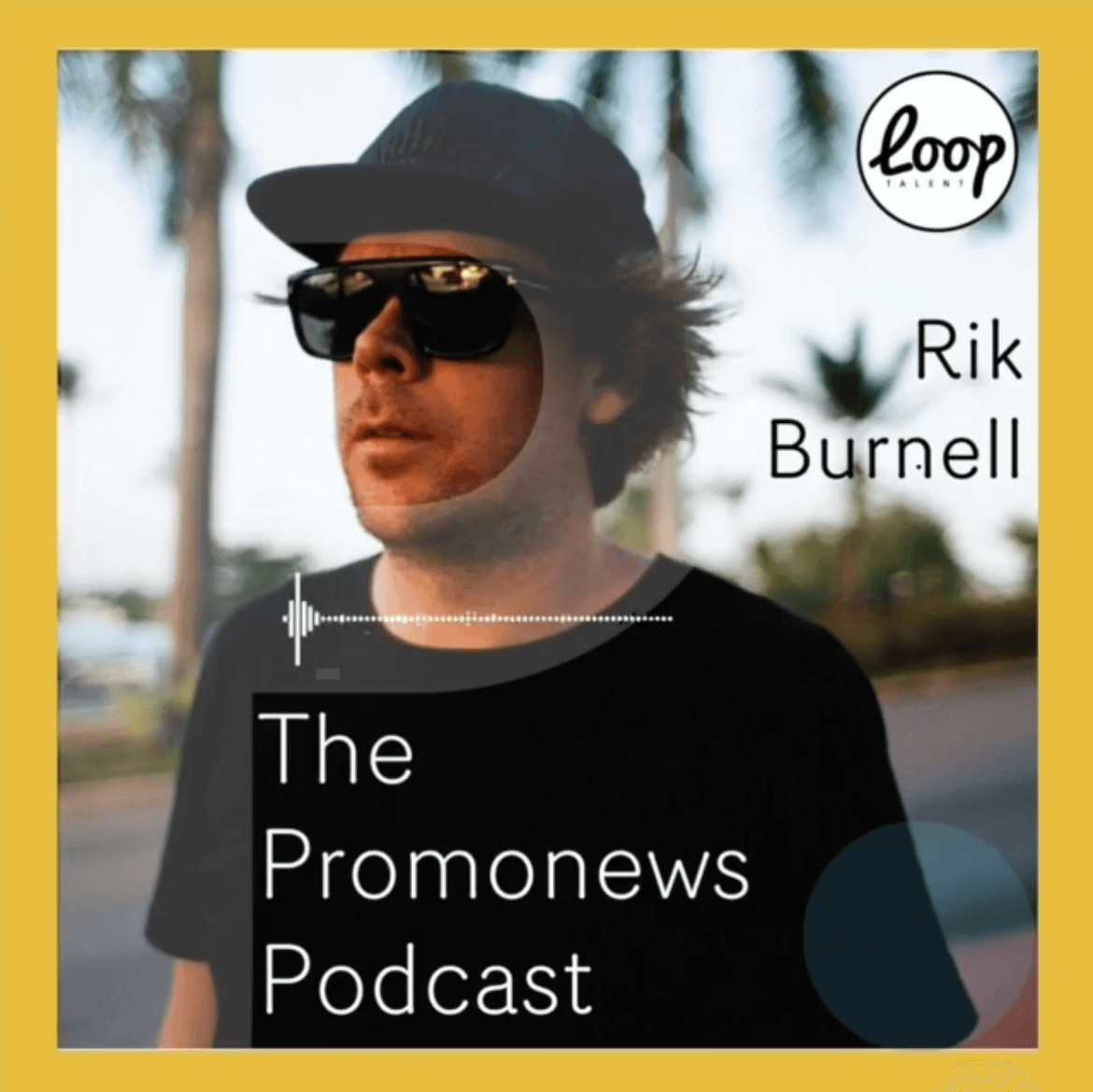 We are delighted to announce that Tom Turley has joined the Loop Talent roster. Tom is an established Director of Photography working in Film, TV, Commercials and Music Promos.

Tom lensed short film The Overcoat, which was longlisted for a BAFTA in 2019. Following on from this success, Tom’s debut feature documentary The Art of Political Murder for HBO, directed by Paul Taylor and exec-produced by George Clooney was nominated for an Emmy in 2021. Tom also shot his first long form drama, interactive film As Dead As It Gets with Wellington Films, directed by Simon Ellis. 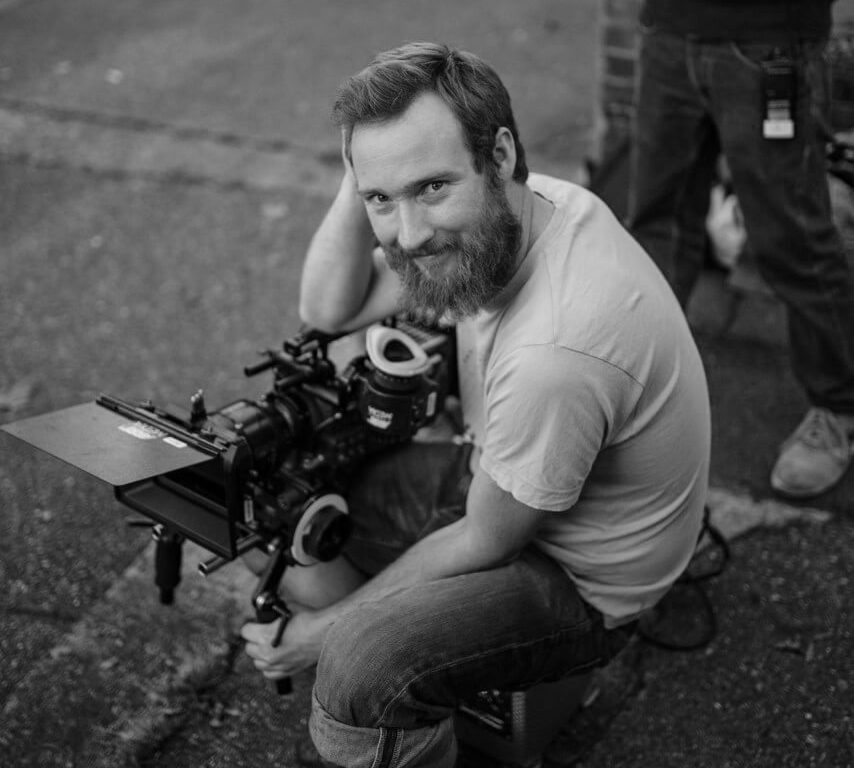 Tom has a diverse commercial portfolio, underpinned by his ability to blend documentary techniques with a distinctly cinematic aesthetic. His portfolio includes spots for huge brands such as Adidas, Louis Vuitton and Samsung, as well as comedy spots for EE, Lidl and Now TV.

Tom is based in London, speaks fluent Spanish and is able to travel and work internationally.

Check out his portfolio here. 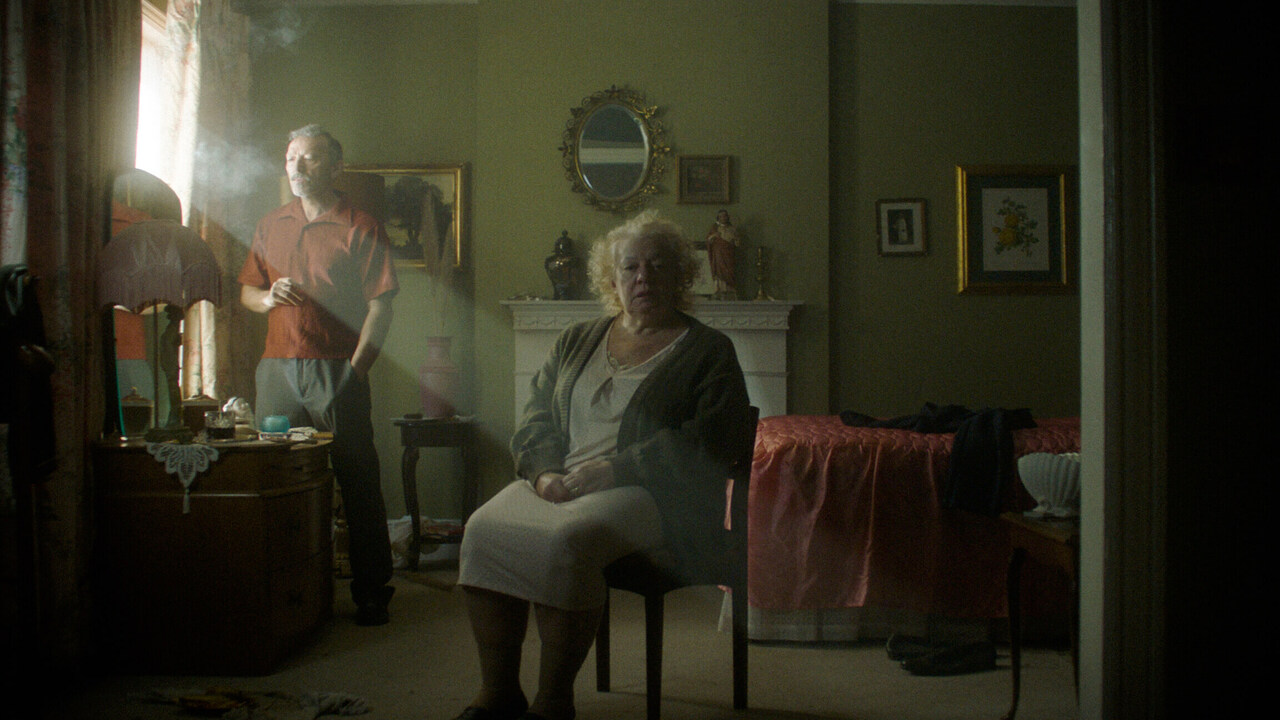 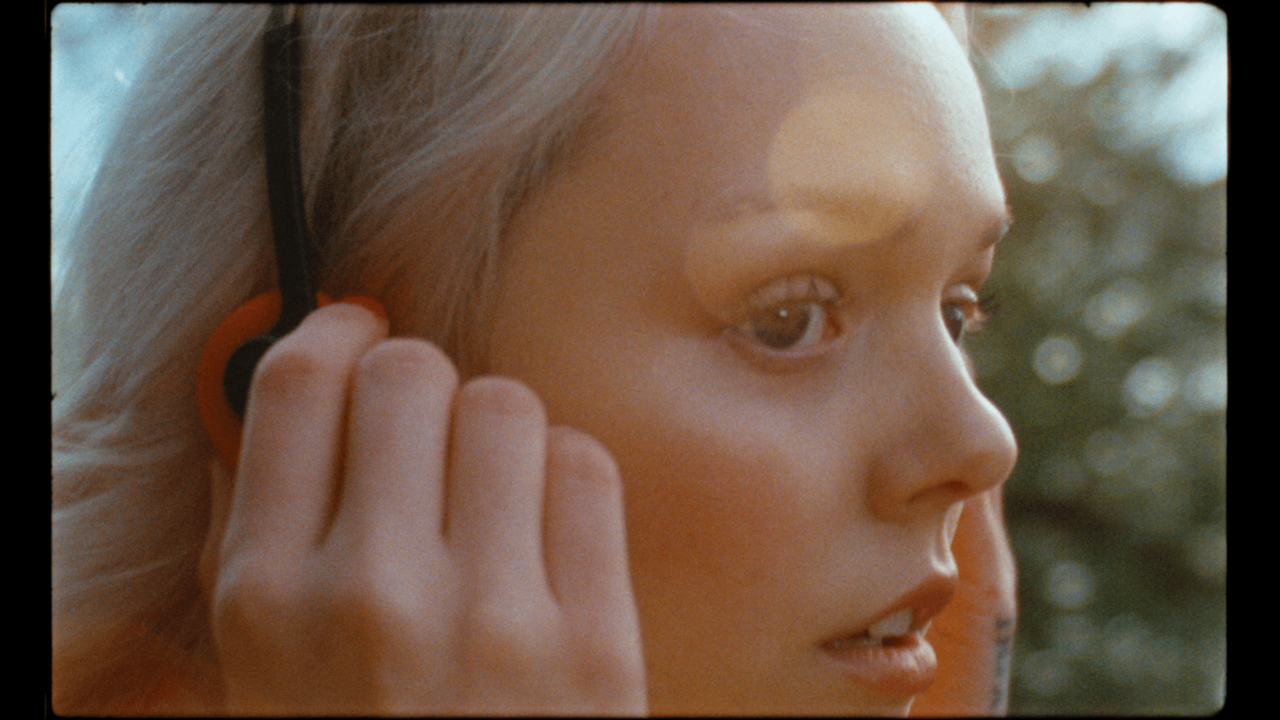 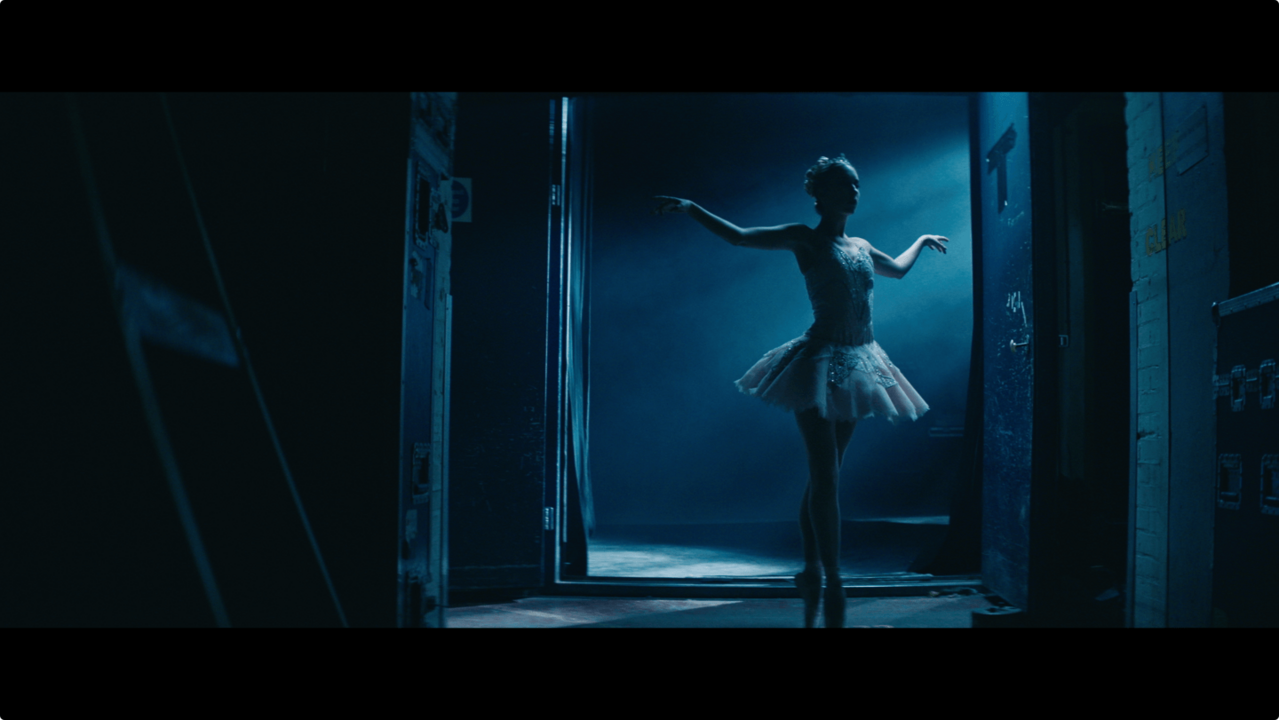 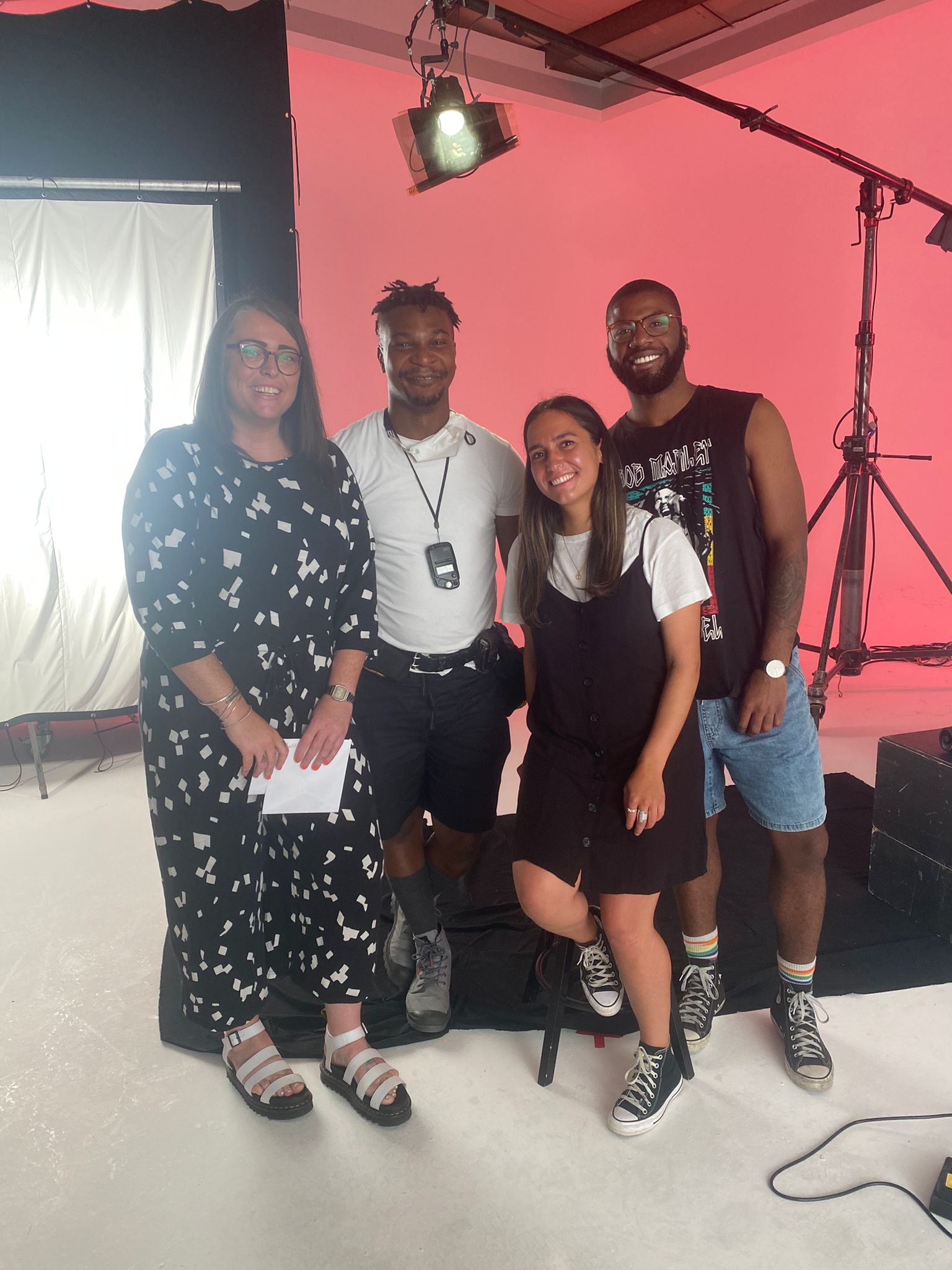 This month we also went to visit Charles and Roo on set whilst they were working on a commercial.

September has been quite a month and we are delighted to announce several new recruits to the diary service.

Our Intimacy Coordinator Rufai Ajala ‘Roo’ joins the diary service wearing their other hat as a gaffer, alongside Shaun Waldie.  On the Camera Team we welcome Jack Smith who is a Drone/ Gimbal Operator, Loaders Michaela Twyman and Felix Wildey and Camera Trainee Fhuad Braimoh.

Chantelle Kirton joins the team as a 2nd AD and we welcome Chas Harrington and Charles Caprice as runners. The diary service also welcomes its first DIT Elliot Chyi.

The Promonews Podcast is back for Season 2 and we are delighted to announce we are the new sponsors.

Check out the latest episode here, and make sure to subscribe to be the first to hear about future episodes including some of the Loop Talent roster. 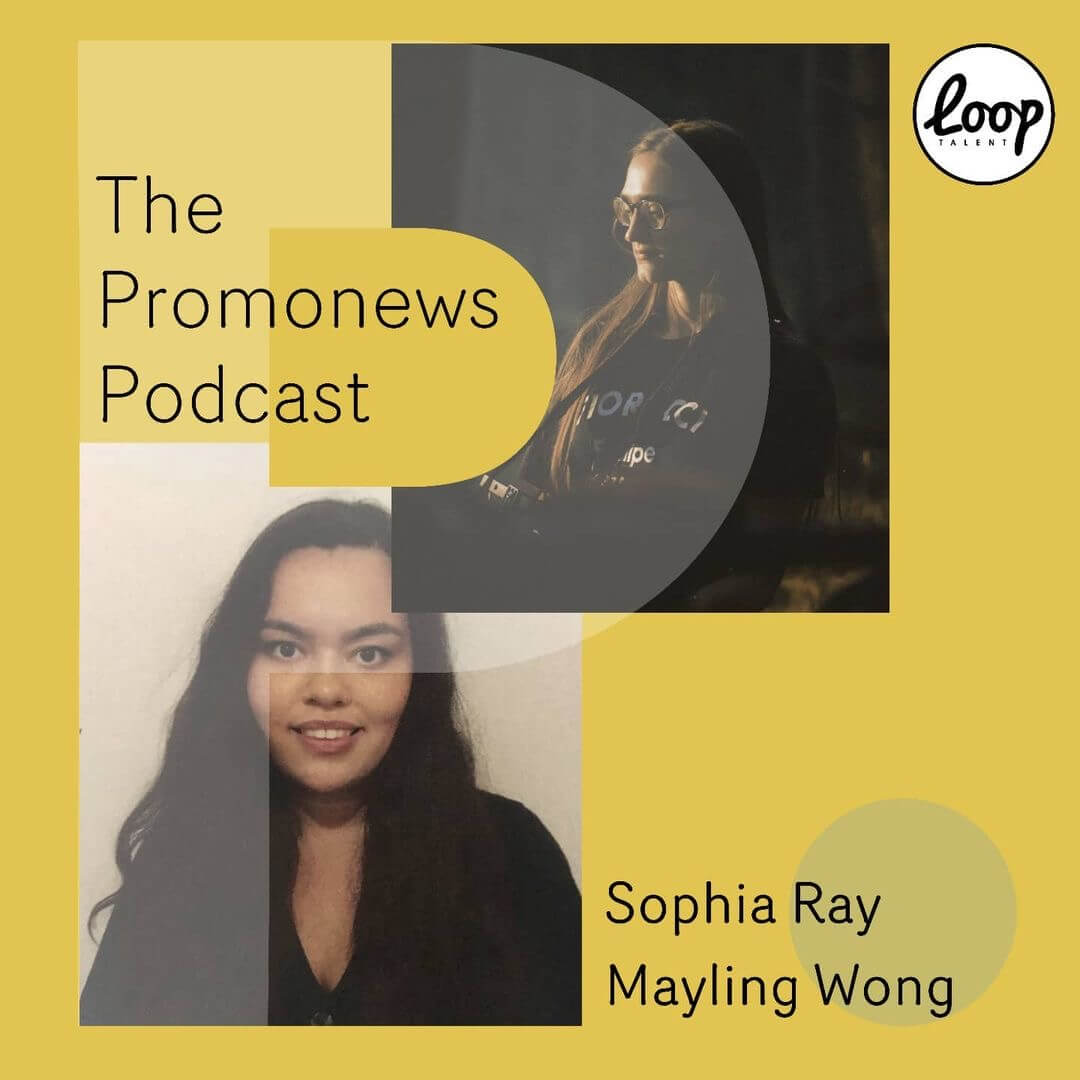 Happy Birthday to us!

On our First Birthday, we are celebrating our clients and their achievements over the last year.

As a company we have grown to represent the industry’s most sought after, creative and exceptional talent. We have added niche departments including military advisers Bare Arms, and Intimacy Coordinator Rufai Ajala to our roster. Our Diary Service headed up by Daisy Stone has grown from strength to strength and we now welcome new Agent Lara Clift to the Agency.

Here’s a look at some of the amazing narrative work our roster has been working on over the last few months. 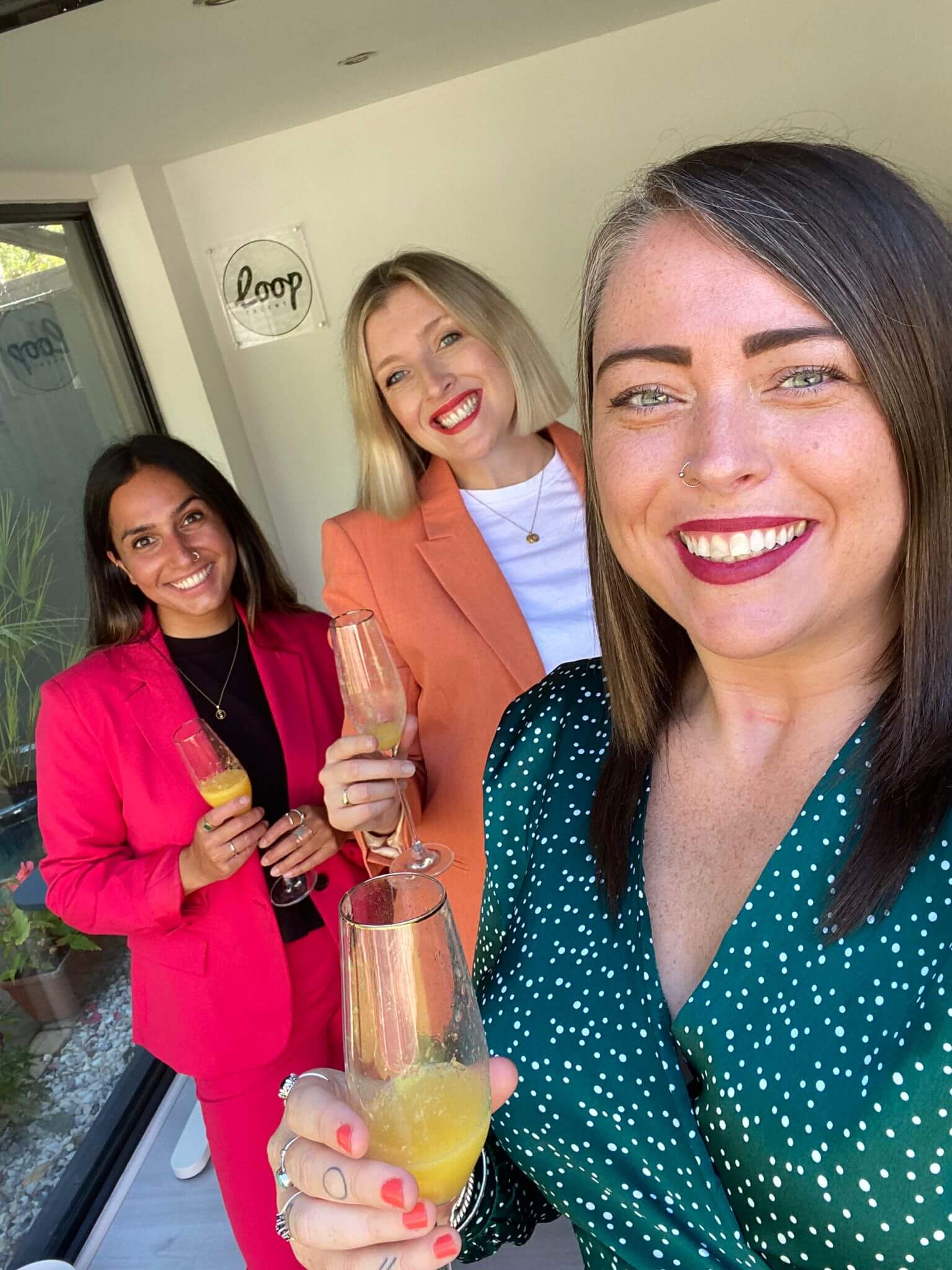 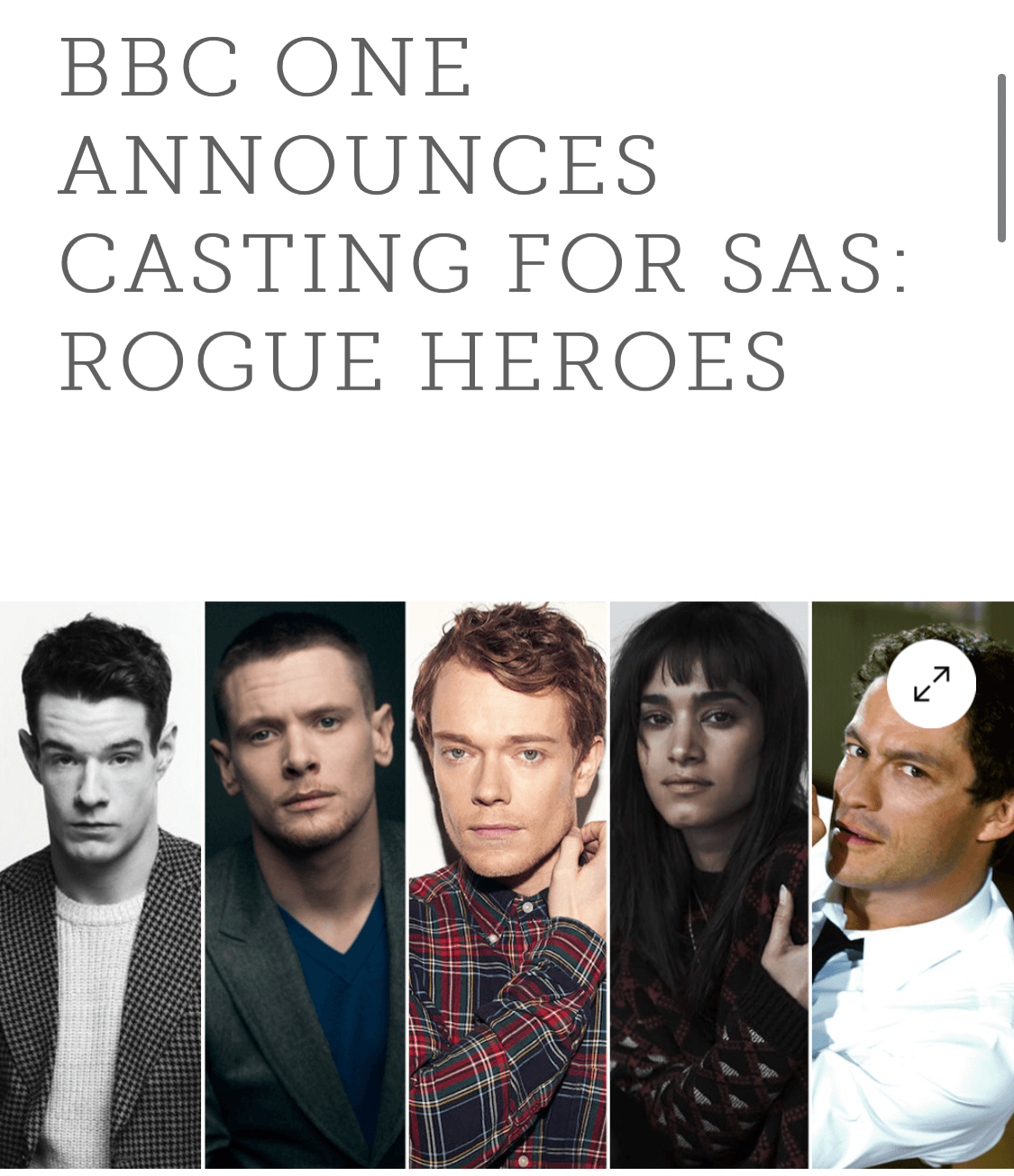 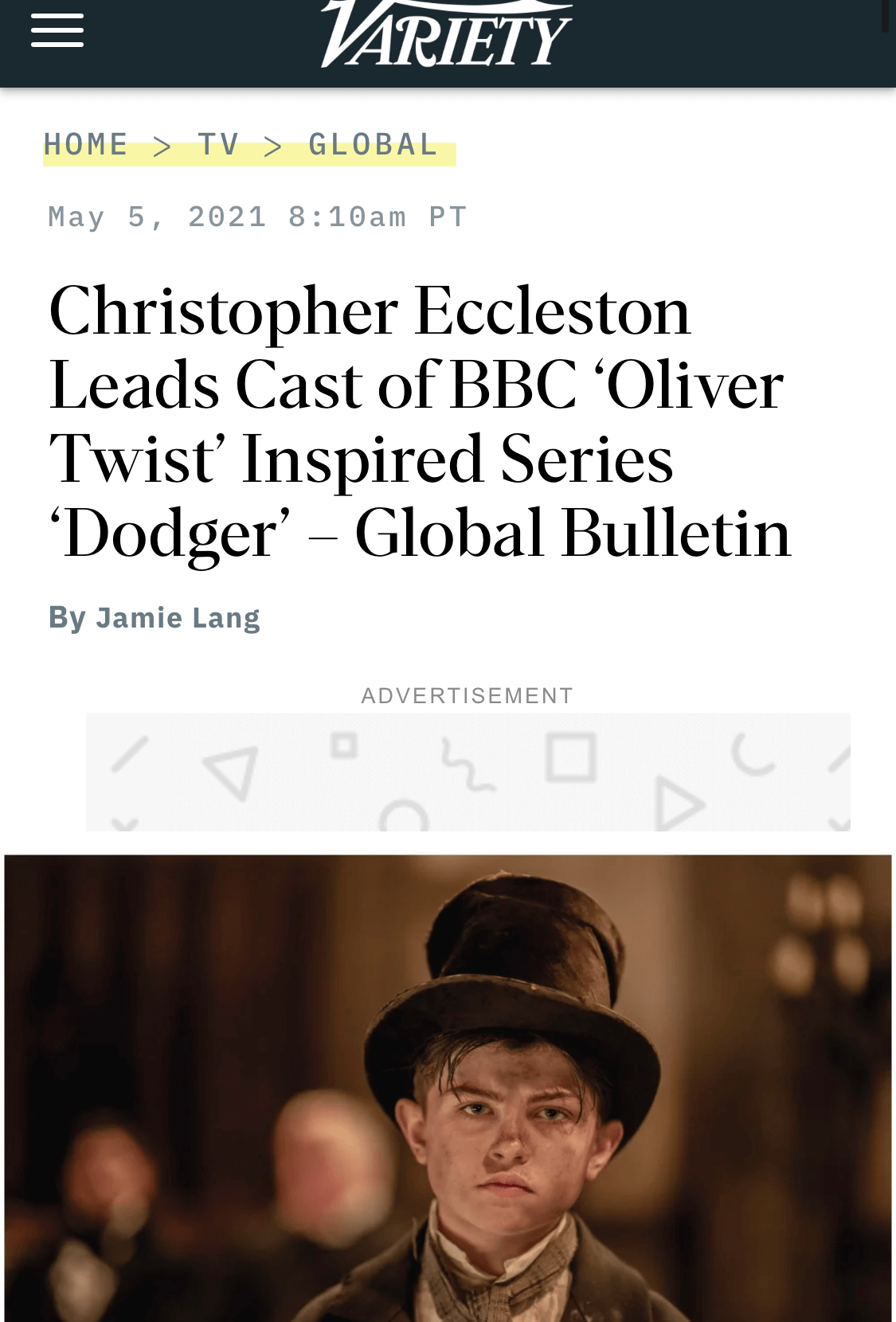 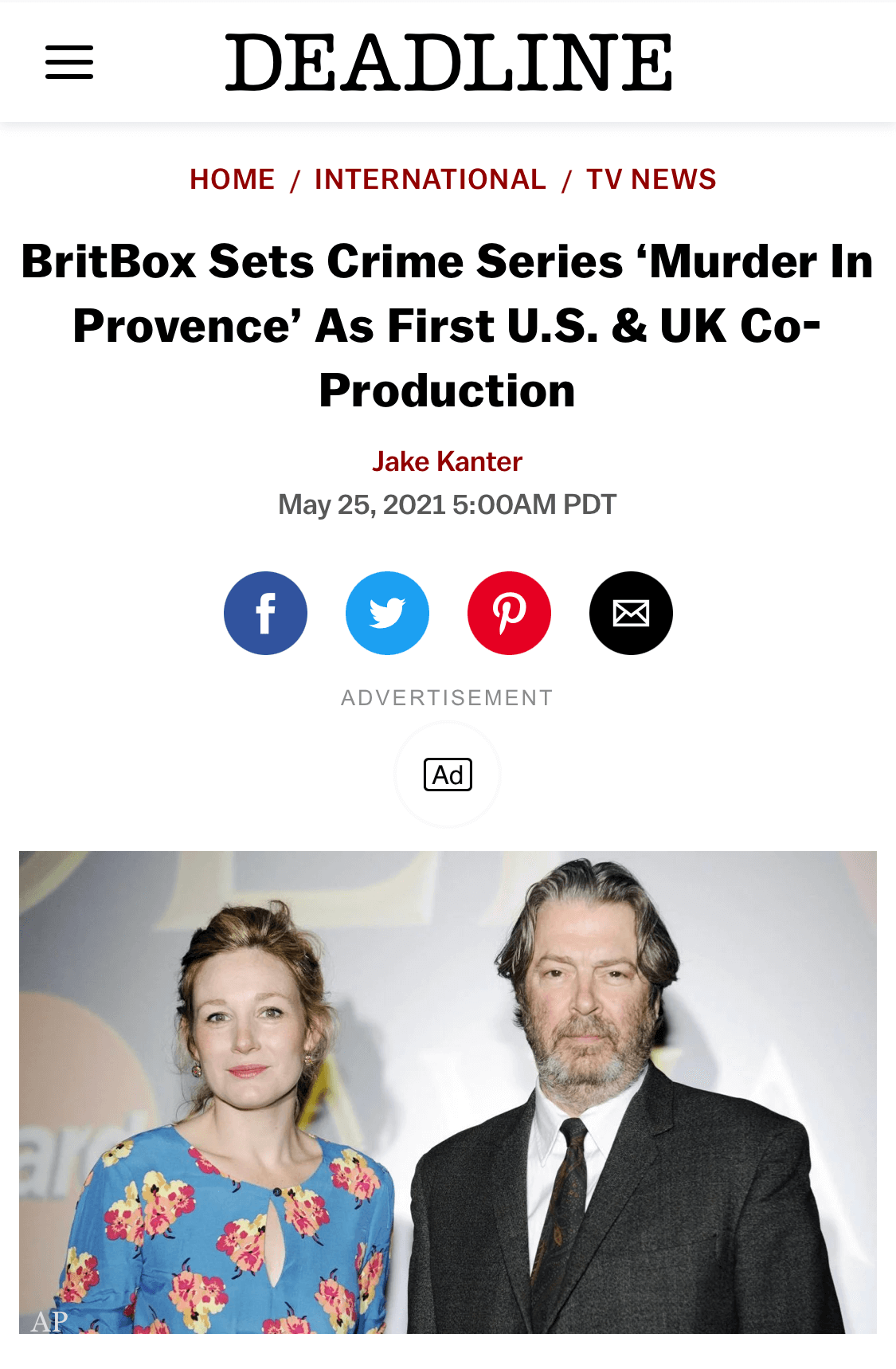 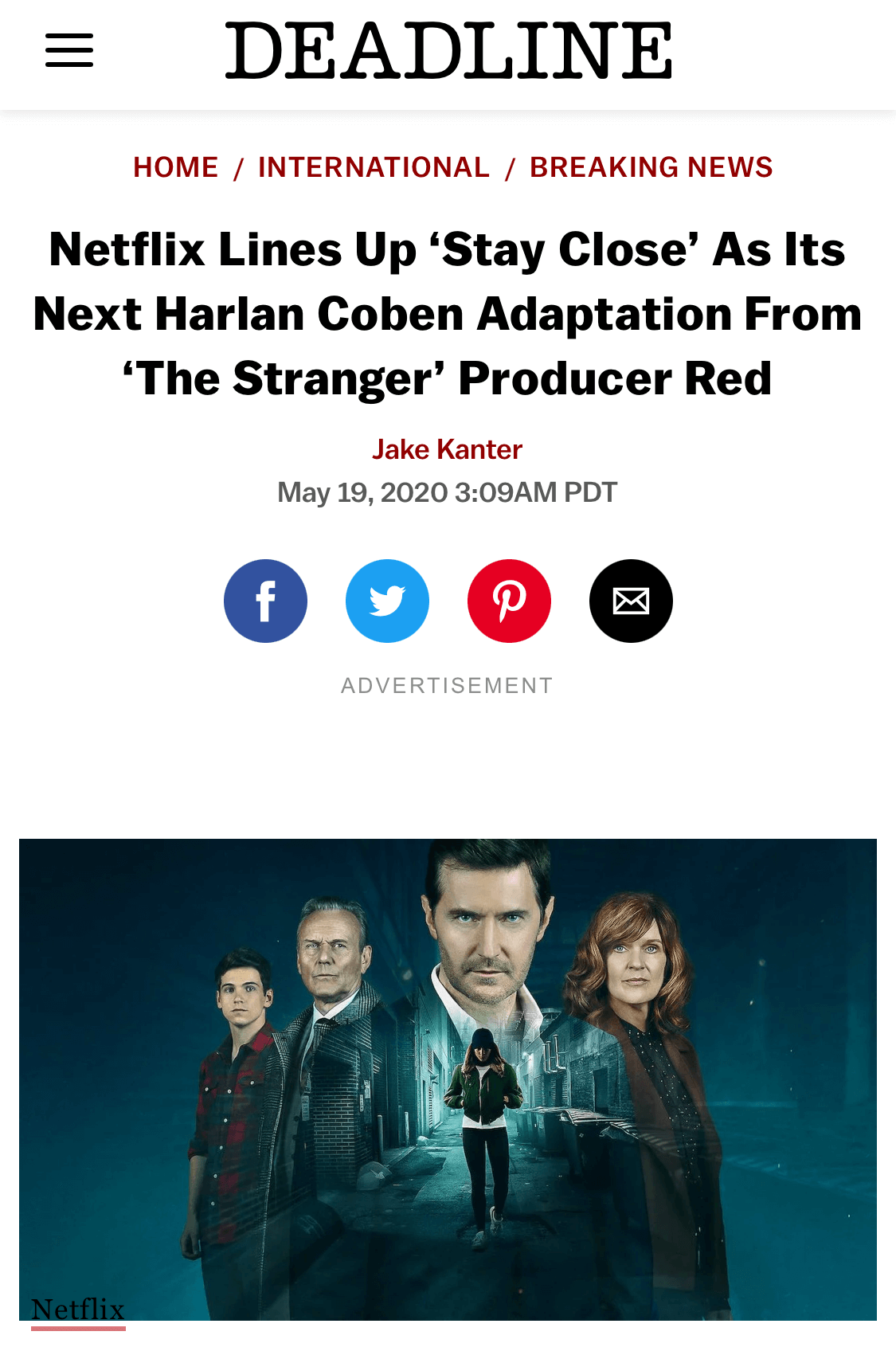 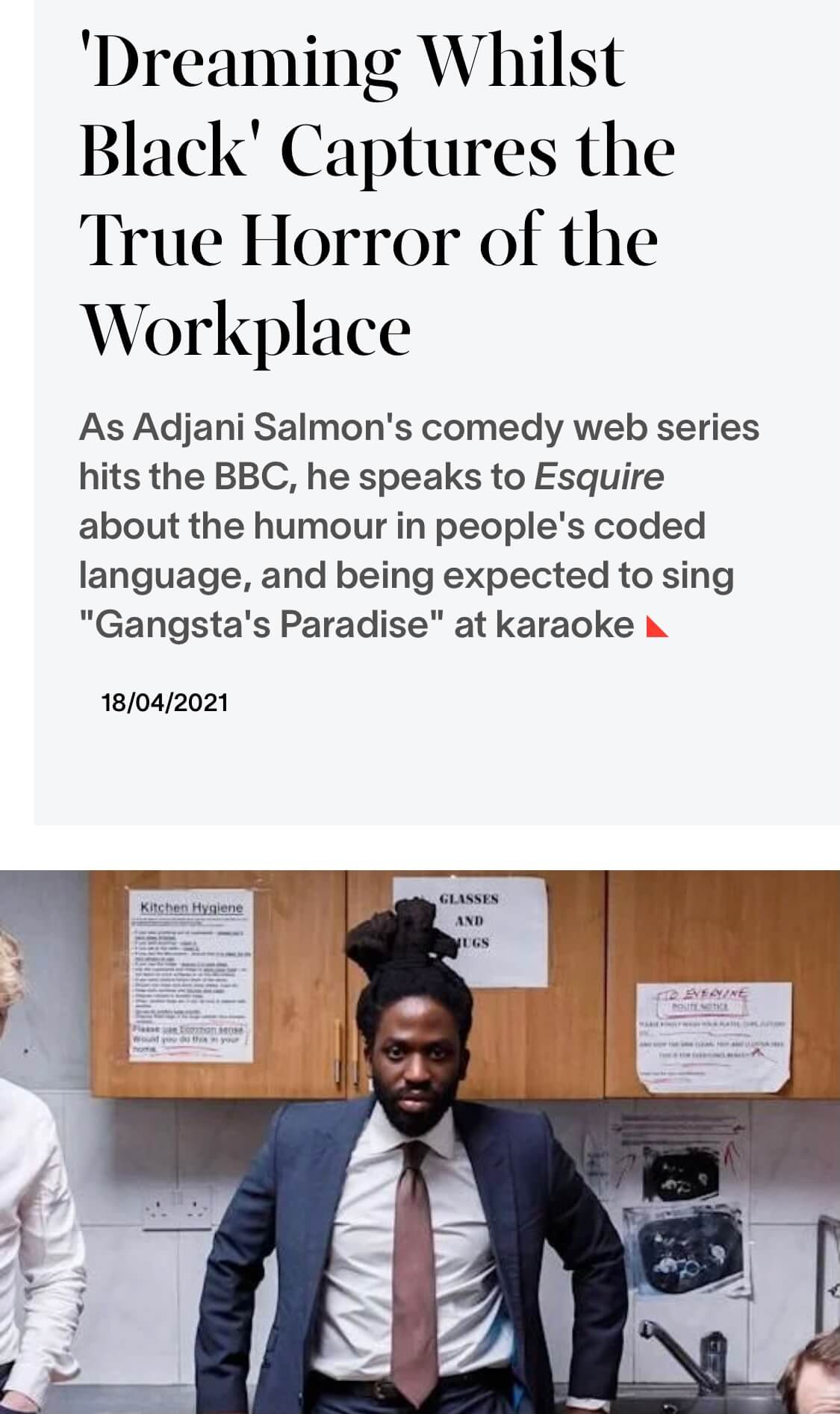 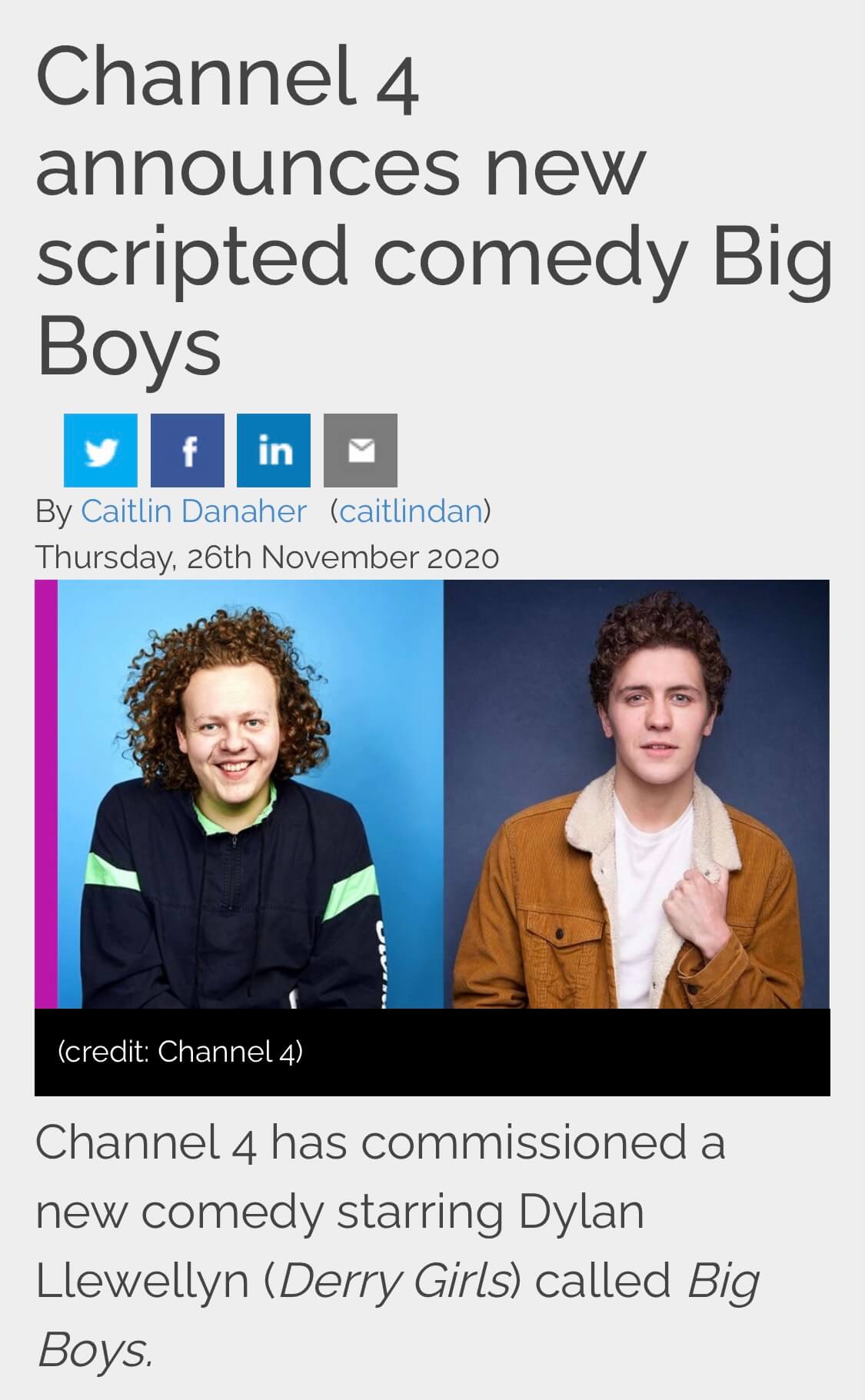 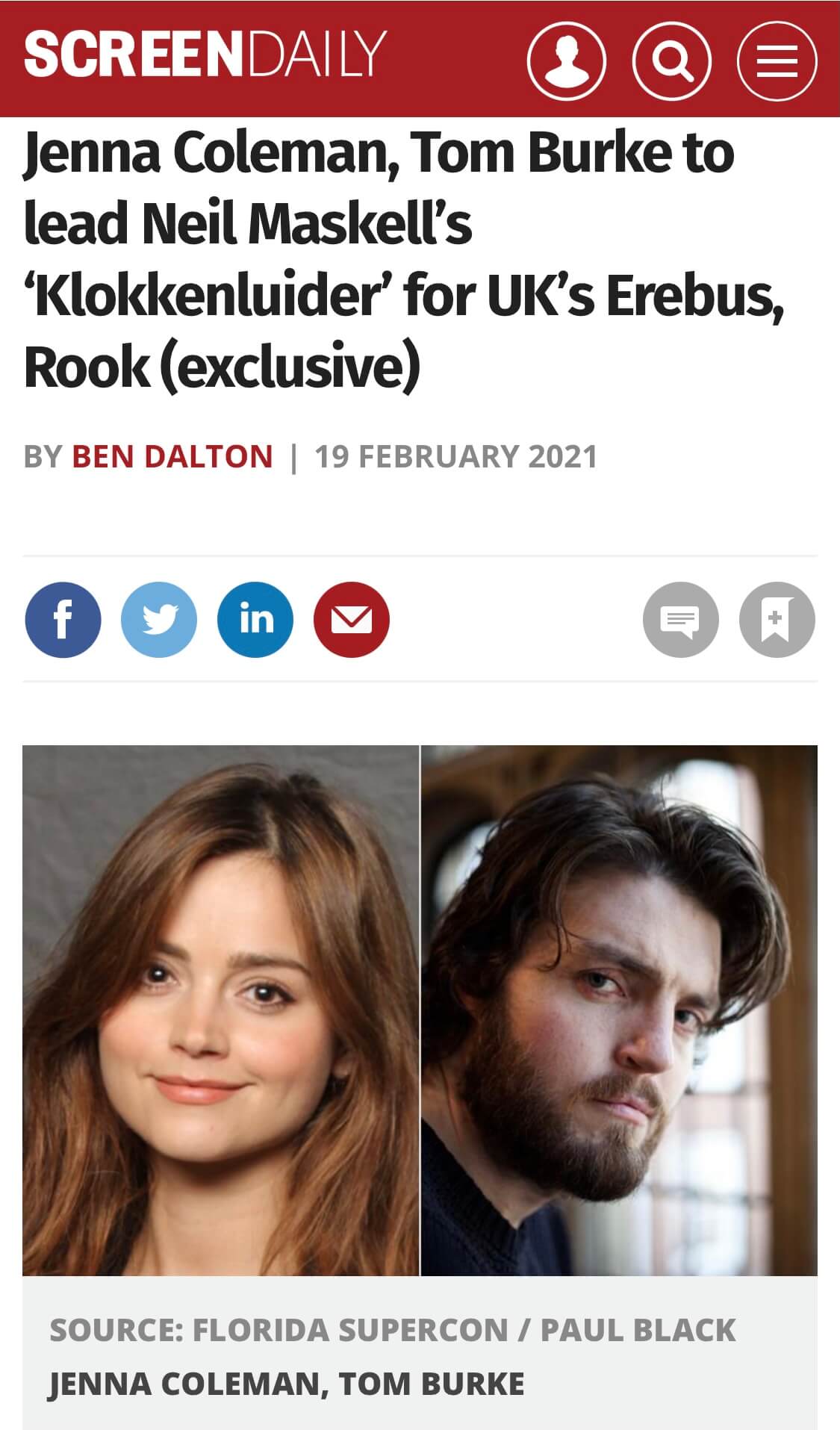 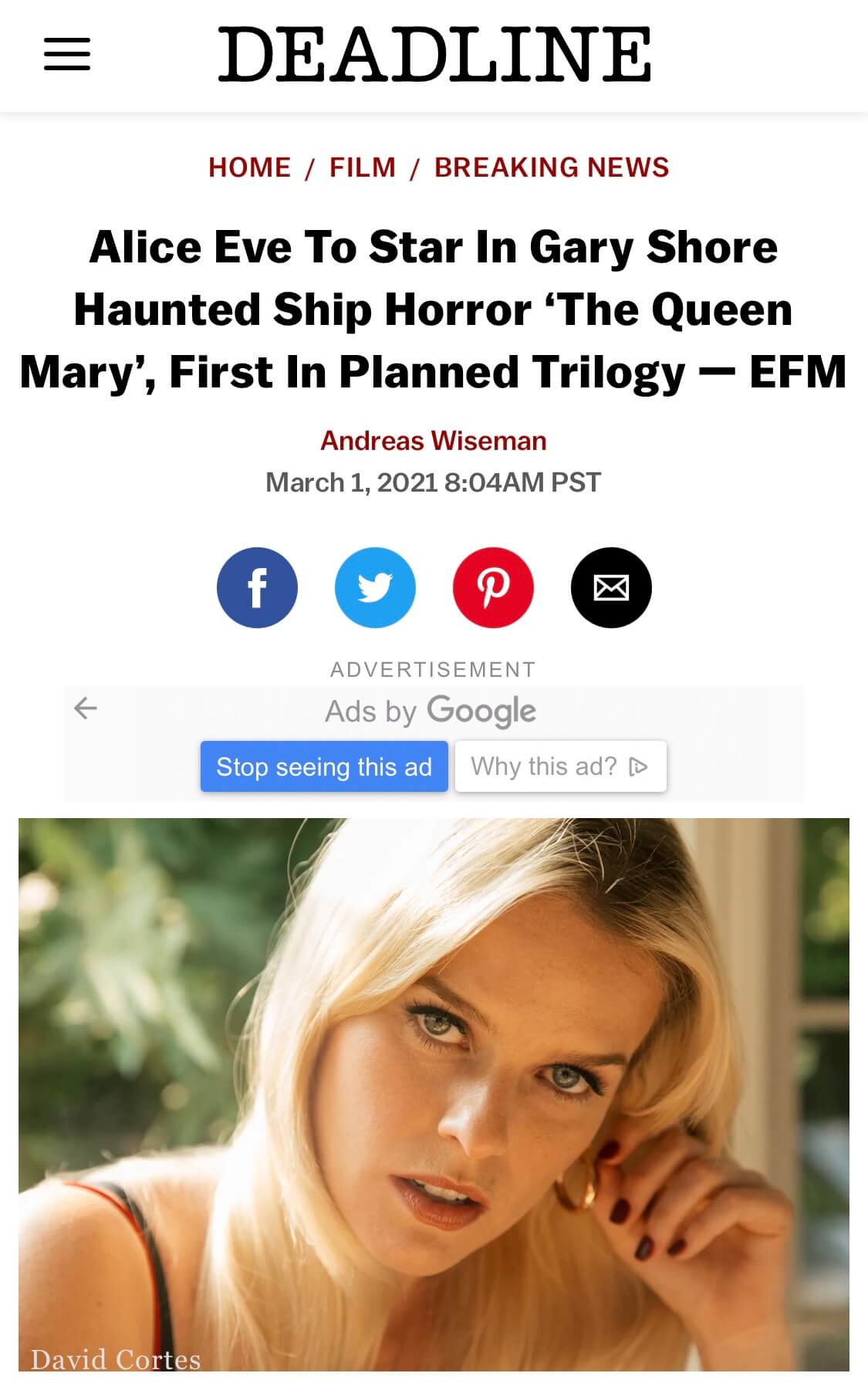 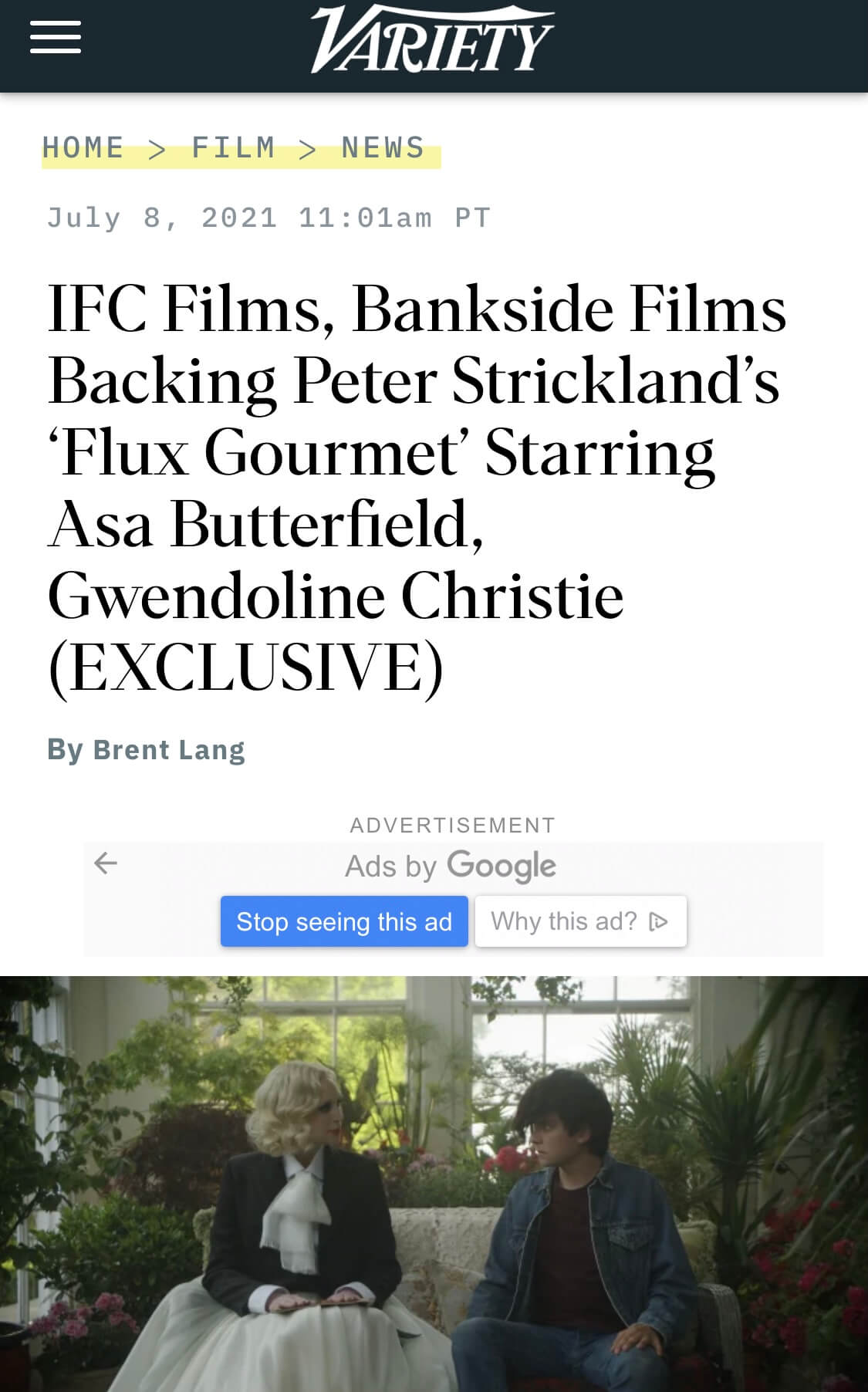 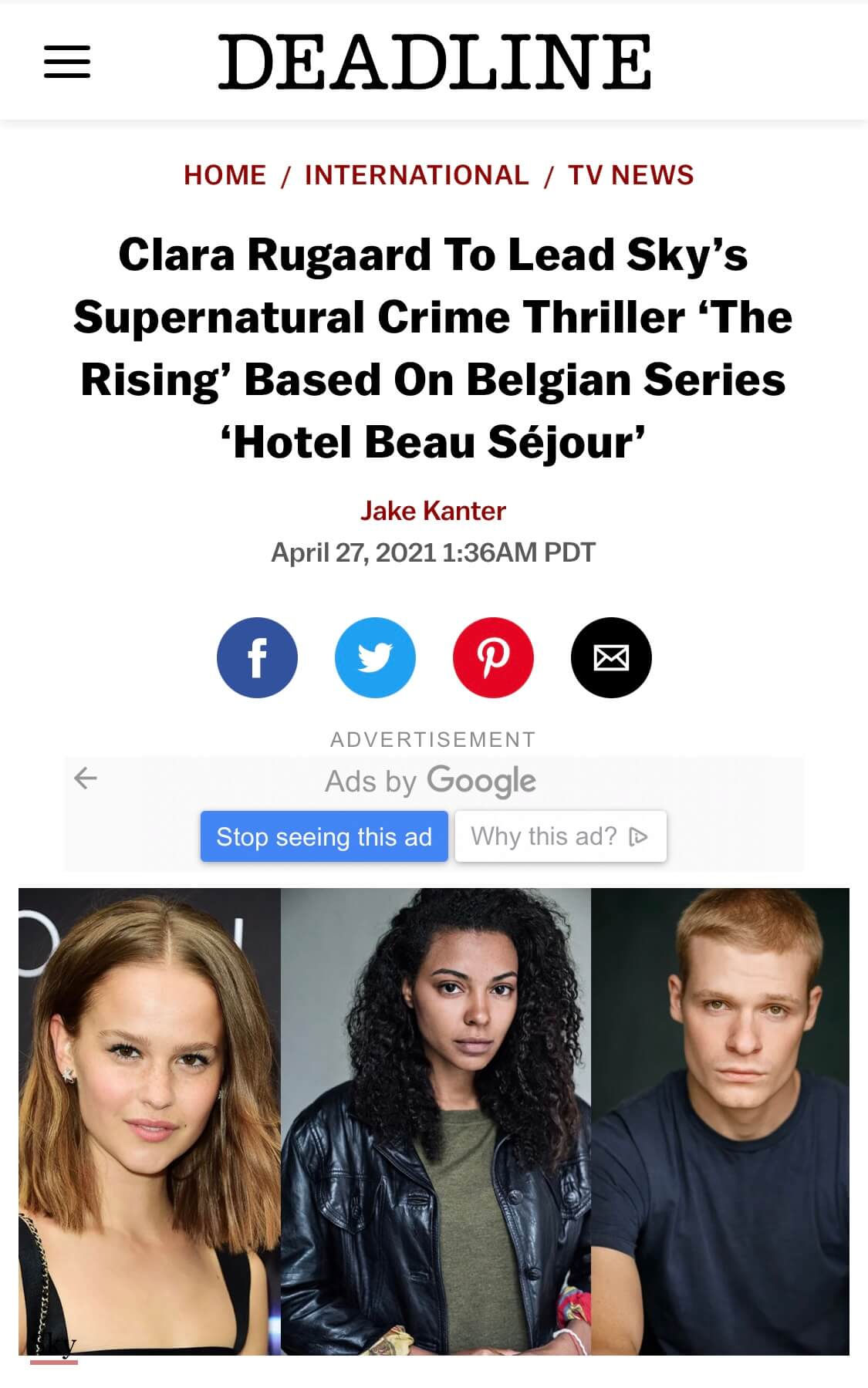 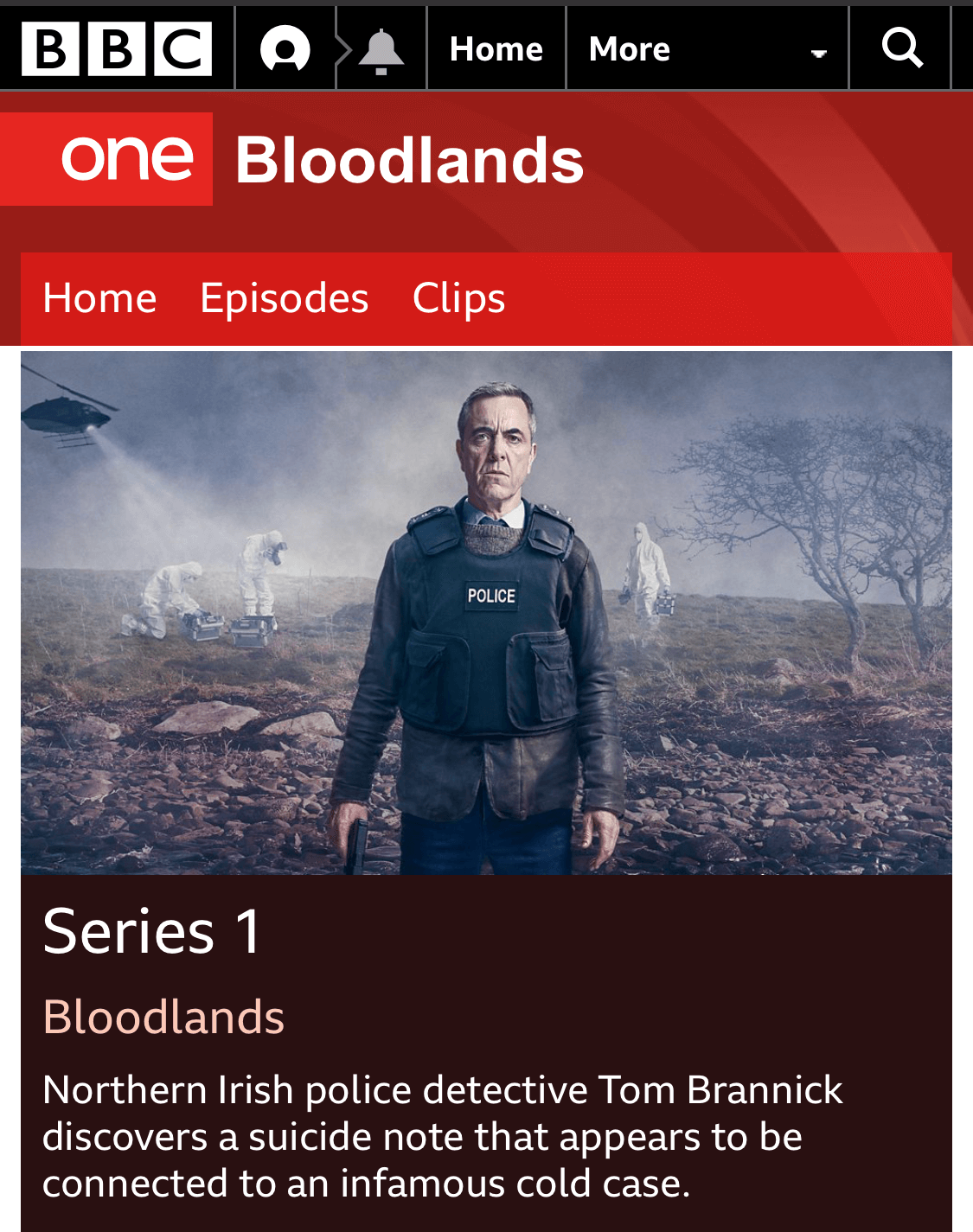 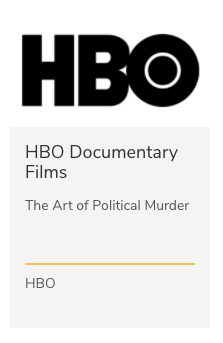 Loop Talent welcomes new Agent Lara Clift to the Agency. Lara will be working alongside Loop MD Lucy Price to represent HODs on the Agency side of the business.

Lara started her career in house at a publishing company, working closely with writers and illustrators before becoming a freelance agent.  As an agent Lara successfully worked with a roster of internationally bestselling writers and cutting-edge publishers, representing global publishing and film and series rights.

Lara has also worked freelance as a producer on live events with high profile celebrities, music promos and branded content for some of fashions biggest names.

You can reach Lara – lara@looptalent.co.uk